Our company name gets it’s origin from the classic Tom Hanks movie “That Thing You Do”.
Since this movie is one of our absolute favorites we thought it only right to name the company accordingly. If you haven’t see the movie, do yourself a favor and see it tonight. Enjoy!

Nick and Tiffany Zitlin have been together for over 10 years and started Table19 Media in 2012.

Nick is originally from California and loves music and media. He grew up thinking he would be a pro baseball player but his dreams were shattered at 12 when a jealous opponent threw a baseball at him while Nick was on first base.

No hard feelings though. That fateful day opened him up to the world of music. He began playing drums and guitar and has continued to this day.

Nick attended college in Sydney, Australia for two years before becoming a media director back in the Bay Area.

Nick continues to shoot creative videos and write music. Nick has been a media director/consultant for the past 8 years. He has worked with churches and companies in the oil and gas training field such as PetroSkills, J.M. Campbell, and Chevron.

He loves creating new and interesting videos to get his clients results. Starting Table19 Media is a dream of his.

Tiffany has a background in songwriting and creative arts. She has also worked in real estate, and does creative development coaching. She is always taking new courses and studying to learn as much as she can about her clients as well as her personal areas of interest.

Tiffany studied songwriting and leadership for 3 years in Australia and has continued her studies since being home in creative theory & process, herbalist studies and business.

She enjoys going to the beach, anything that involves plants, thinking of new creative projects, dreaming of making her favorite books into movies, and traveling the world.

She is passionate about building businesses that make a difference in the world.

Priam (2 yrs. old) and Baby Raife round out the family with their constant giggles and adventurous spirits. 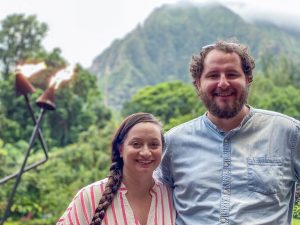 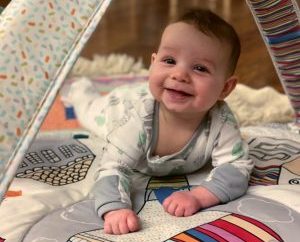